June 18, 2019 / pwsadmin / Comments Off on The Faith and Climate Webinar Series – Webinar 2: The Ten Green Commandments of Laudato Si’

The Ten Green Commandments of Laudato Si’ from Security & Sustainability Forum on Vimeo.

The second webinar in the Faith and Climate Webinar Series is a discussion with Fr. Joshtrom Isaac Kureethadam, SDB, author of The Ten Green Commandments of Laudato Si’. This is about Pope Francis’ second encyclical, “On Care for Our Common Home,” which asks “every person living on this planet” to begin a dialogue about the future of our world. 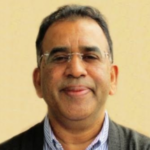 Rev. Dr. Joshtrom Isaac Kureethadam is Coordinator of the Sector of “Ecology and Creation” at the Vatican Dicastery for Promoting Integral Human Development. He is also Chair of Philosophy of Science and Director of the Institute of Social and Political Sciences at the Salesian Pontifical University in Rome. His most recent books include Creation in Crisis: Science, Ethics and Theology (Orbis Books, 2014), The Philosophical Roots of the Ecological Crisis (Cambridge Scholars, 2017), The Ten Green Commandments of Laudato Si’ (Liturgical Press, 2019). 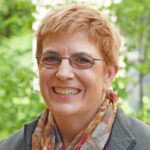 Rabbi Herman E. Schaalman Chair & Associate Professor of Jewish Studies, and Senior Faculty Fellow of the InterReligious Institute at the Chicago Theological Seminary, served as a congregational rabbi for thirteen years before returning to academia. Her research and teaching focus on interpretation of the Hebrew Bible in various times and places, exploring how the ideas both shape and reflect the societies in which they unfold. She is especially interested in the intersections of exegesis, culture and ethics. 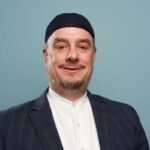 Saffet Abid Catovic is a United States Muslim Environmental Leader of Bosnian-Anglo descent. He is one of the first GreenFaith Muslim Fellows and is Co-founder and Chair of the Green Muslims of New Jersey (GMNJ). He is a founding board member of the Islamic Society of North America’s (ISNA) Green Masjid Task Force. He is a member of the Drafting Committee of the Islamic Declaration on Global Climate Change and a founding member of the Global Muslim Climate Network (GMCN). He serves as the Imam and Muslim Chaplain at Drew University, Madison, New Jersey. 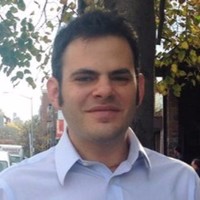 Moderator
Joshua Basofin is Director of Climate Action at Parliament of the World’s Religions. Joshua has worked in the environmental field for over fifteen years as an attorney, advocate, sustainability expert, and writer. He started his career in roles with Environment Now and Defenders of Wildlife focusing on water policy and environmental conservation. Joshua later worked with businesses, local governments, and civil society to develop strategies for systemically reducing their environmental impact. He has advised organizations independently and on behalf of Beyond Business and Forum for the Future.